Keep Electricity Costs Down In Winter With Cold Roofs

Cold roofs are a great way to keep your building’s energy costs down in the winter. Because they’re so effective at capturing and storing heat, they use much less energy to heat the same space than traditional roofs.

In the summer, when temperatures are hot, the sun’s heat is absorbed by a building’s exterior.

This heat is then released when the building is cooled at night. A cold roof, on the other hand, reflects the sun’s heat back into the atmosphere, keeping a building cooler and reducing cooling costs.

How Cold Roofs Can Keep Costs Down

The most obvious benefit of a cold roof is that it can help reduce the cooling costs of a building during the summer.

When it comes to your home’s roof, one of the most important things to consider is the temperature of the roof.

A “hot” roof is one that is very exposed to the sun, which can cause the roof to heat up, which in turn can lead to decreased roof lifespan, leaks, and discomfort for the occupants.

A “cold” roof is one that is covered with materials that block the sun, which allows the roof to stay at a more constant temperature. This also helps to keep the roof shingles cooler, which in turn helps to decrease roof lifespan.

However, cold roofs aren’t just for the winter months. In the summer, your home’s attic can become an oven, with temperatures reaching upwards of 120 degrees Fahrenheit.

The heat is caused by the sun’s rays, which bounce off the white washed shingles and concrete, cooking the insulation and ductwork.

One solution is a cold roof, which uses a special reflective coating to reflect the sun’s rays away from the home, lowering the temperature in the attic by up to 40 degrees and reducing the need for air conditioning.

But How Do Cold Roofs Work Exactly?

We’ve all experienced the discomfort of a hot summer day—the sweaty forehead, the itchy, uncomfortable feeling when you’re trying to sleep. But you don’t have to suffer like this.

You can cool your home with a cold roof—a roof that’s designed to reflect the maximum amount of heat away from your home instead of letting it in. A cool roof can cut your energy bills, reduce your carbon footprint, and even improve your health.

They work by reflecting sunlight and absorbing heat, much like the surface of a lake reflects light and water absorbs heat. They are a good fit for hot climates and can reduce the need for air conditioning by up to 80% in the hottest parts of the year.

Most of the year, they provide zero-energy cooling, which means they require no energy to run. They can be made of a range of materials, including conventional roofing material such as asphalt, but also include materials such as tiles, shingles, and even white paint.

Cold roofs can also be called “white roofs” or “cool roofs.” The idea behind cool roofs is that they reflect heat and sunlight instead of absorbing it like traditional roofing materials.

Traditional roofs have a layer of insulation on top, which keeps the heat in. In contrast, cold roofs don’t have any insulation — instead, they rely on the natural tendency of materials to slow down heat.

For example, when it’s hot, the sun heats up the roof and causes the material to expand. This makes it harder for the sun’s heat to get through, which cools the roof down.

The Benefits Of Having Skylights Installed In Your Home

Warm Roofs Can Save Money On Energy Bills 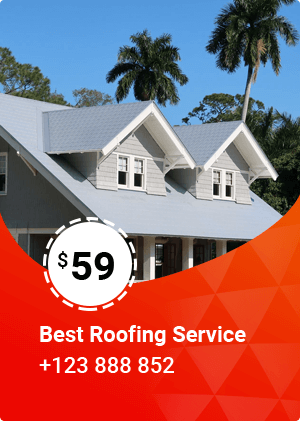